After a great trip I took with my wife to Bali, the only Hindu country in Indonesia, I was inspired by the artwork, images and stories of the Buddha.

The Buddha, who left the confines of his sheltered life as a Brahman child, where he was never allowed to see sickness, suffering and death, realized that there is much more to life than the sheltered life in denial of the actual human condition.

Gautama Siddhartha, or The Buddha, attempted to understand and awaken to the inherent human condition by subjecting himself to disciplines who’s strategies were though suffering. After exhausting that path, he found himself sitting and meditating beneath the bodhi tree, frustrated in his search through the ‘discipline of the ascetics’.  As he sat there contemplating, he was confronted by everything that seemed to test and challenge him, including the forces that wanted to make him suffer and destroy him.

After 49 days, he had an epiphany and realized that everything that he perceived on the outside of him, is actually a reflection of himself, on the inside.  Nothing existed outside of himself, and he was responsible for creating it all.    What a liberating and empowering realization!

With this story, I was inspired to create the image of Buddha, and cast him in glass in different ways. One just as the serene meditative Buddha, and another to represent that moment when he was gazing at everything and himself at the same time. That moment of enlightenment. 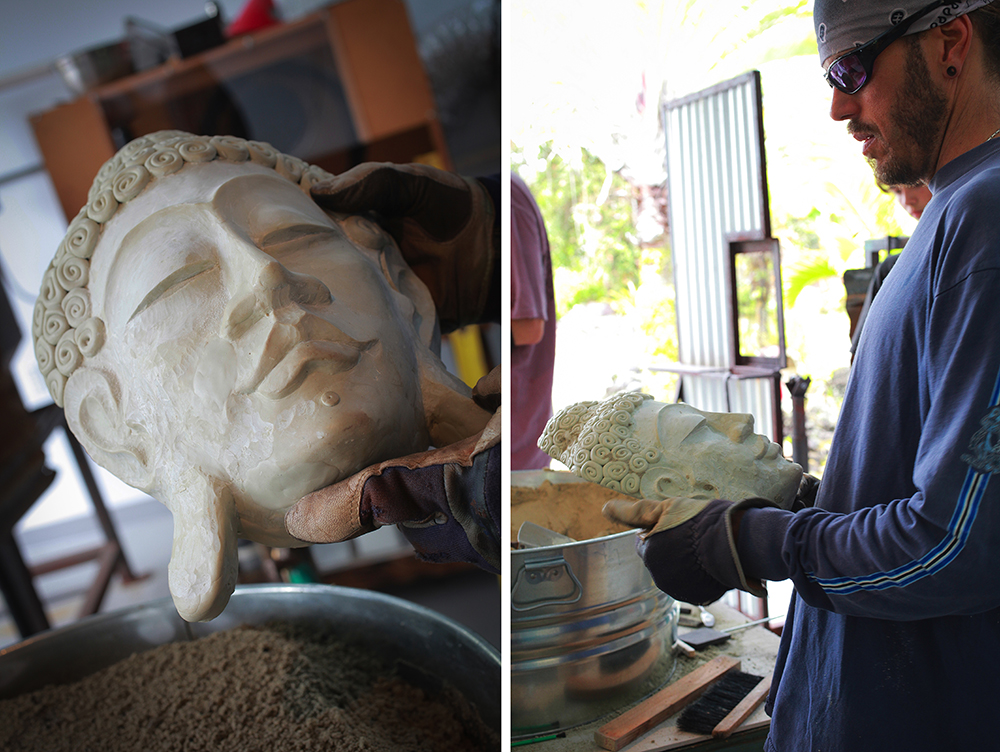 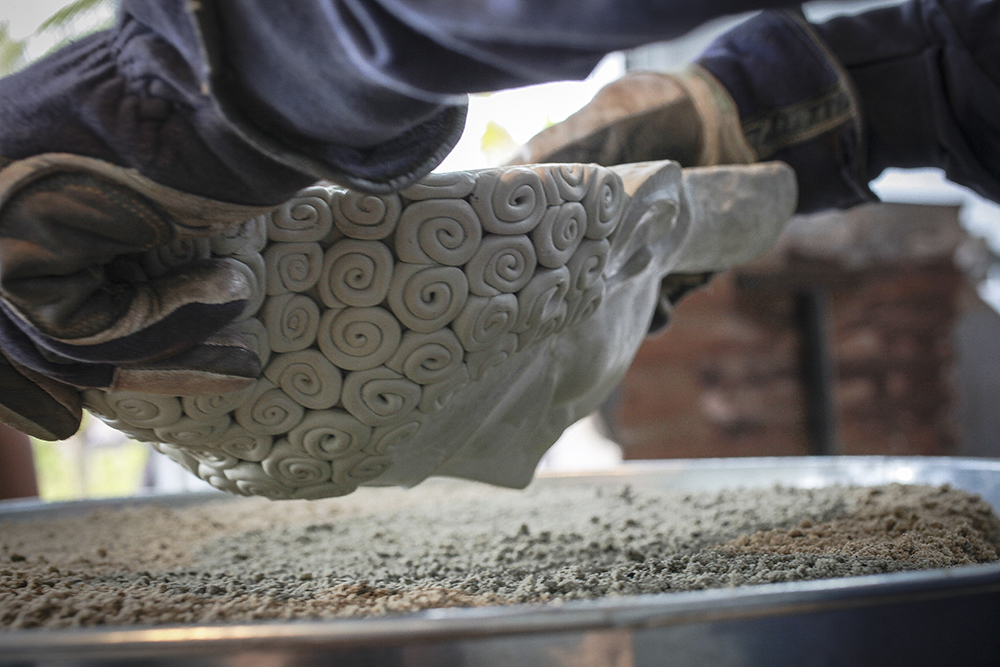 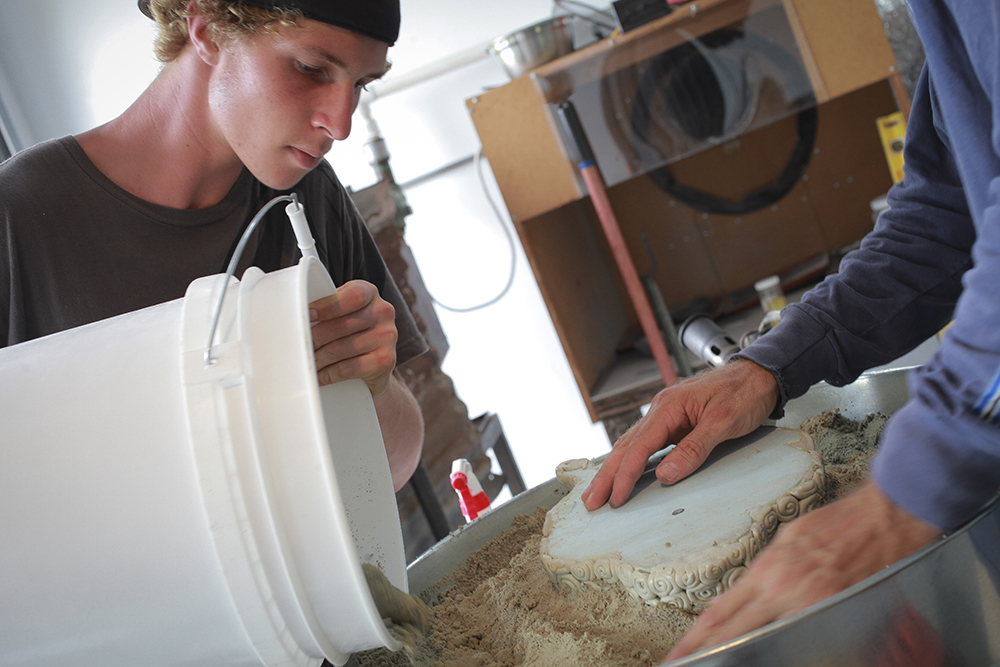 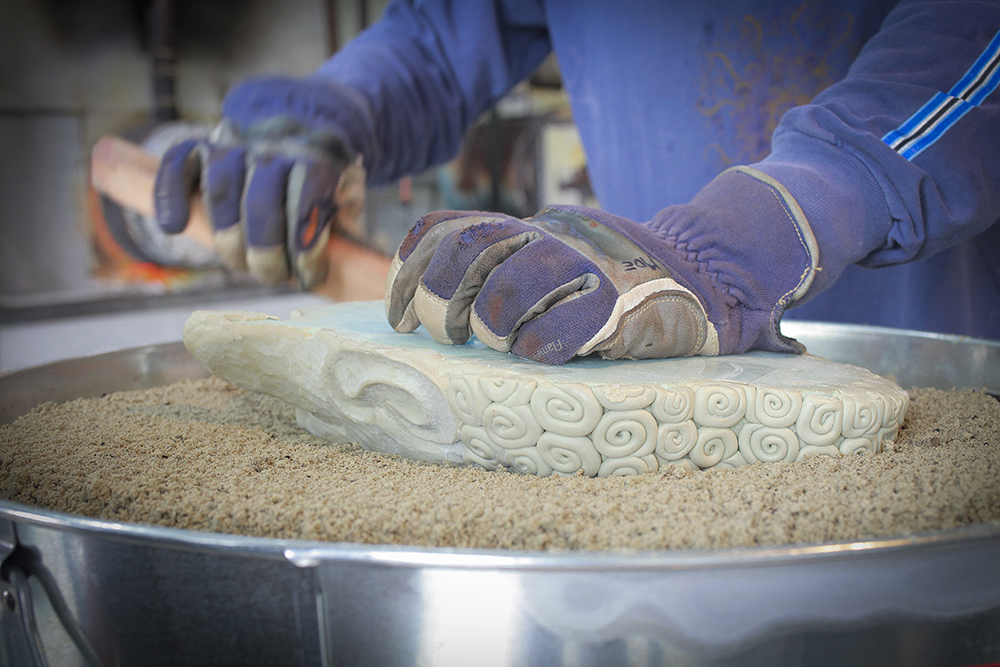 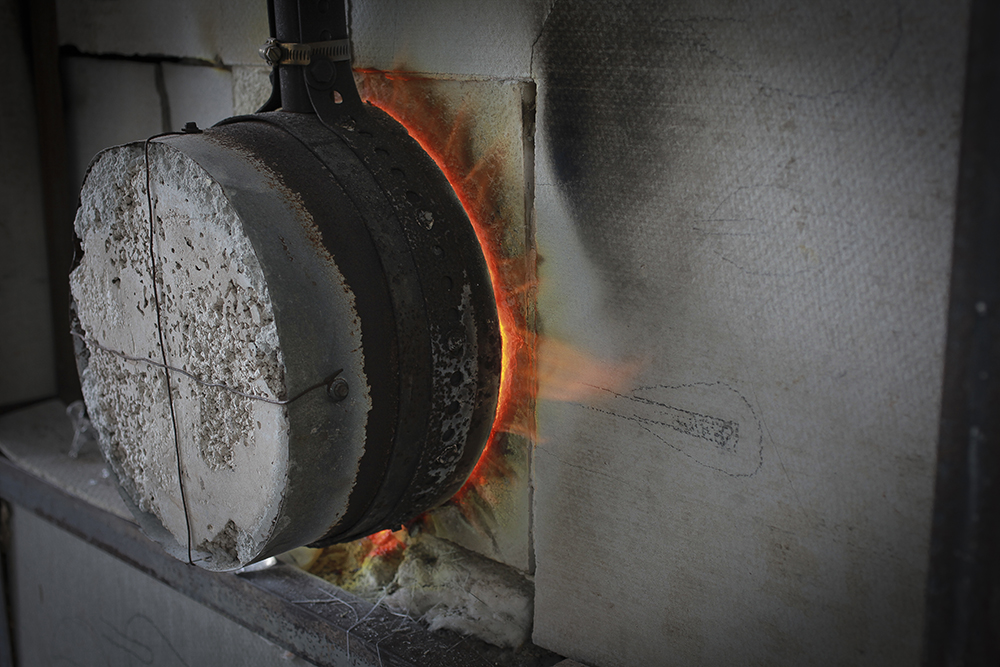 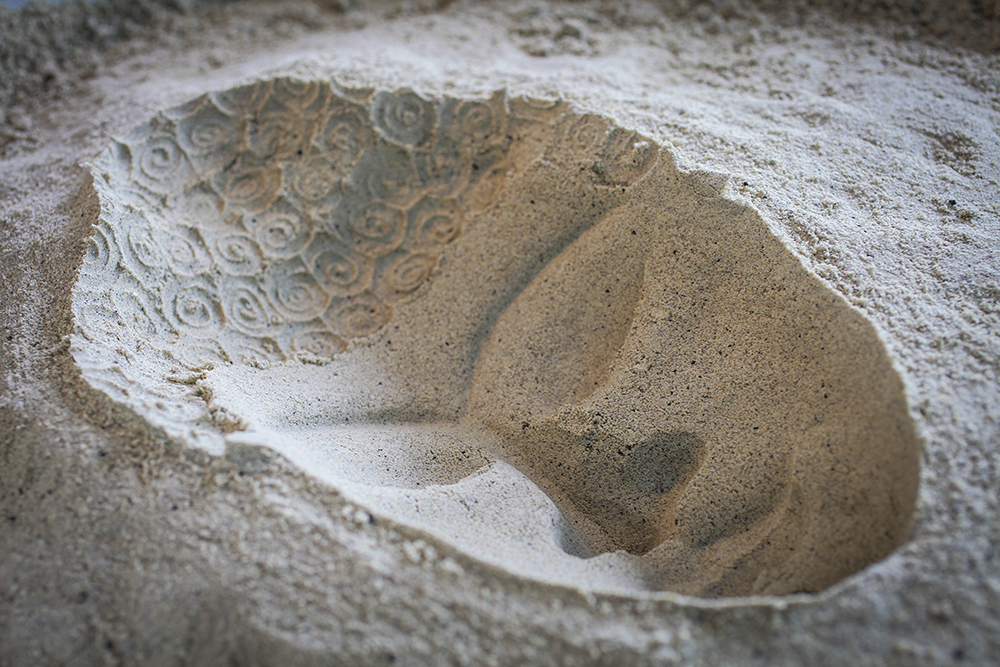 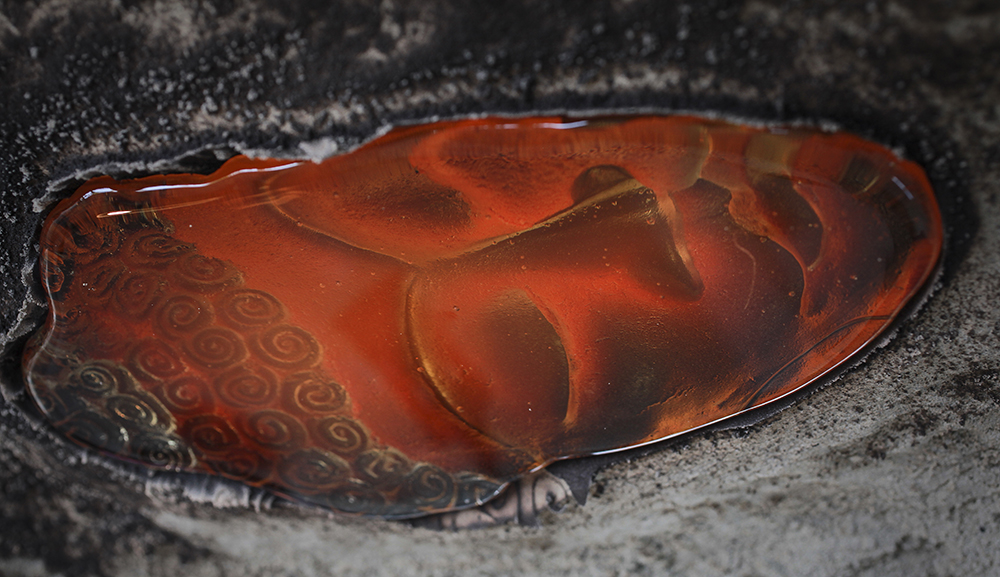 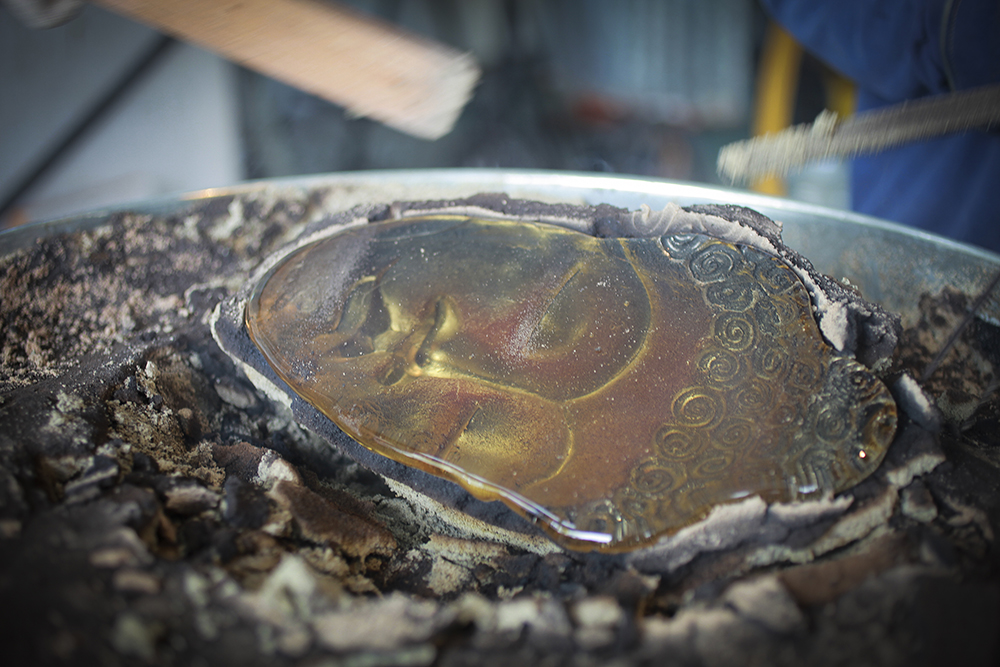 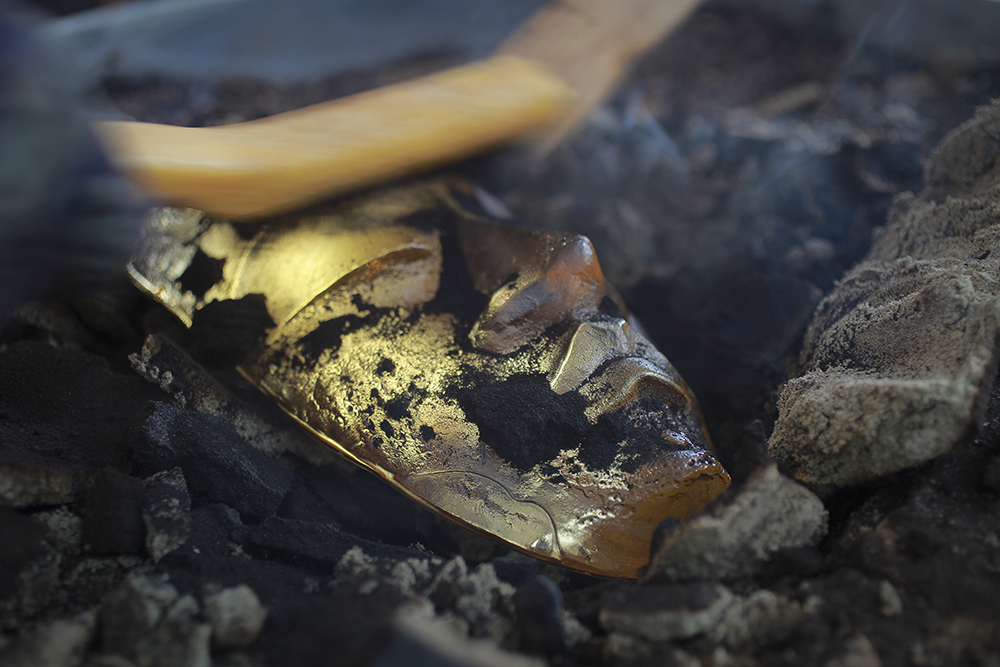 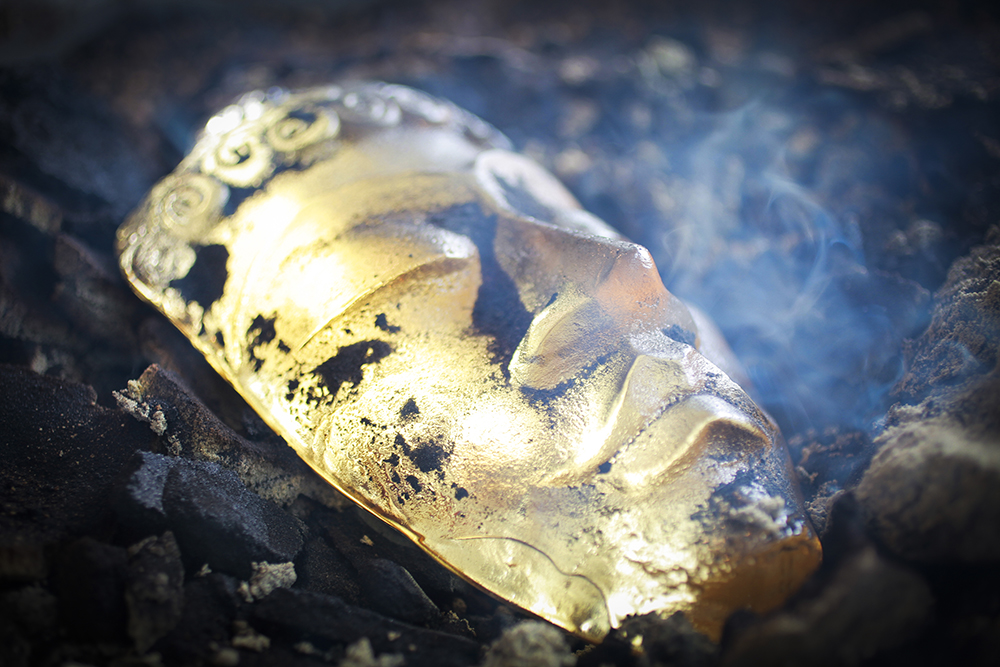 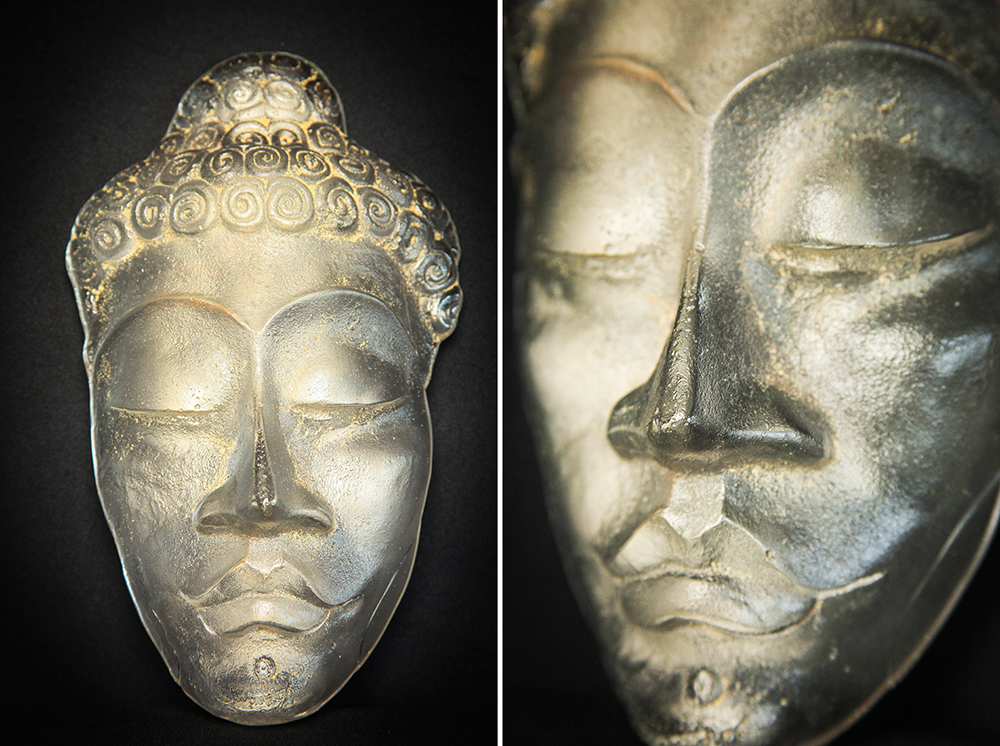 Casting of the “Enlighten Contemplation” sculpture 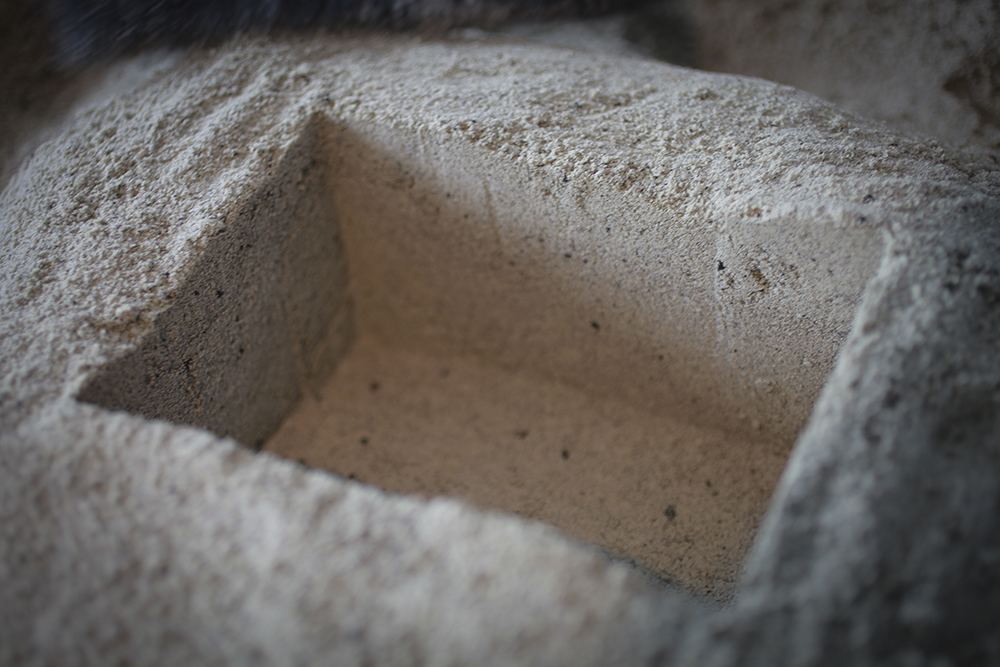 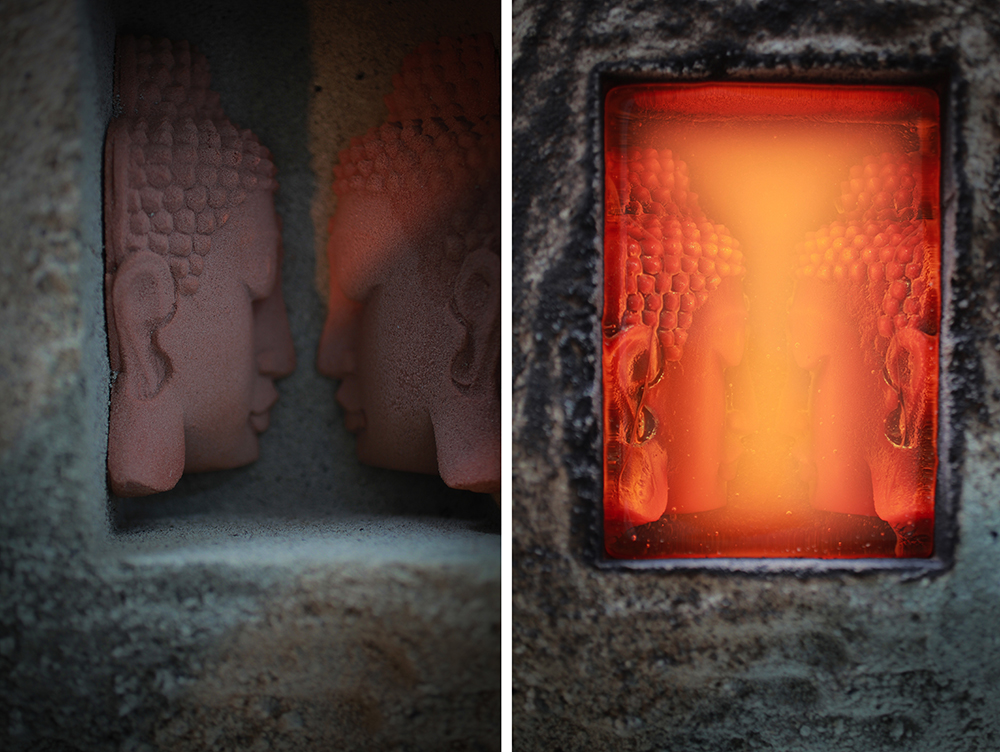 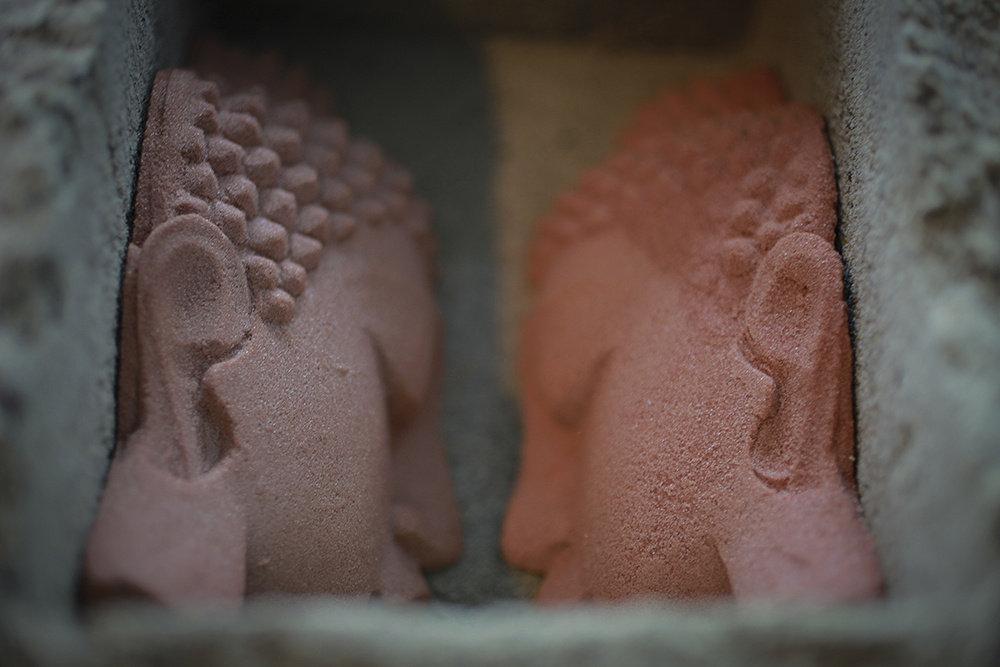 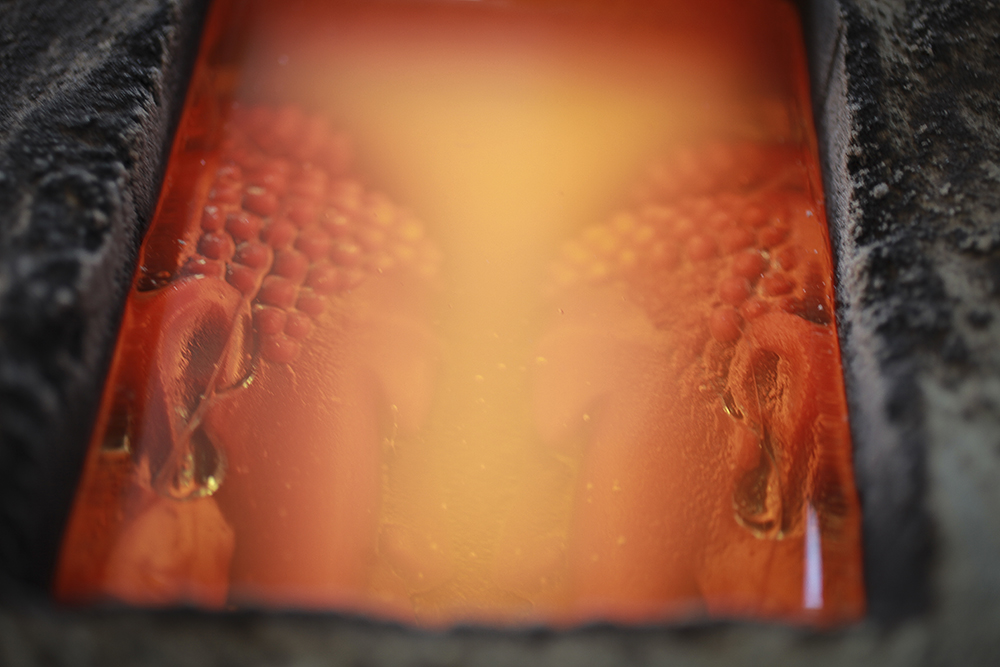 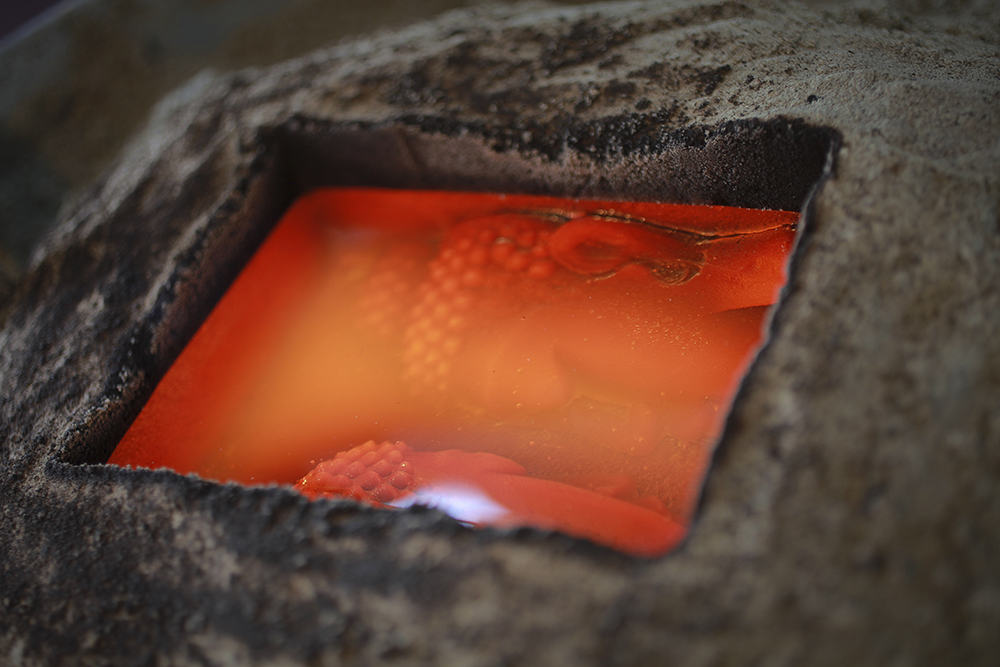 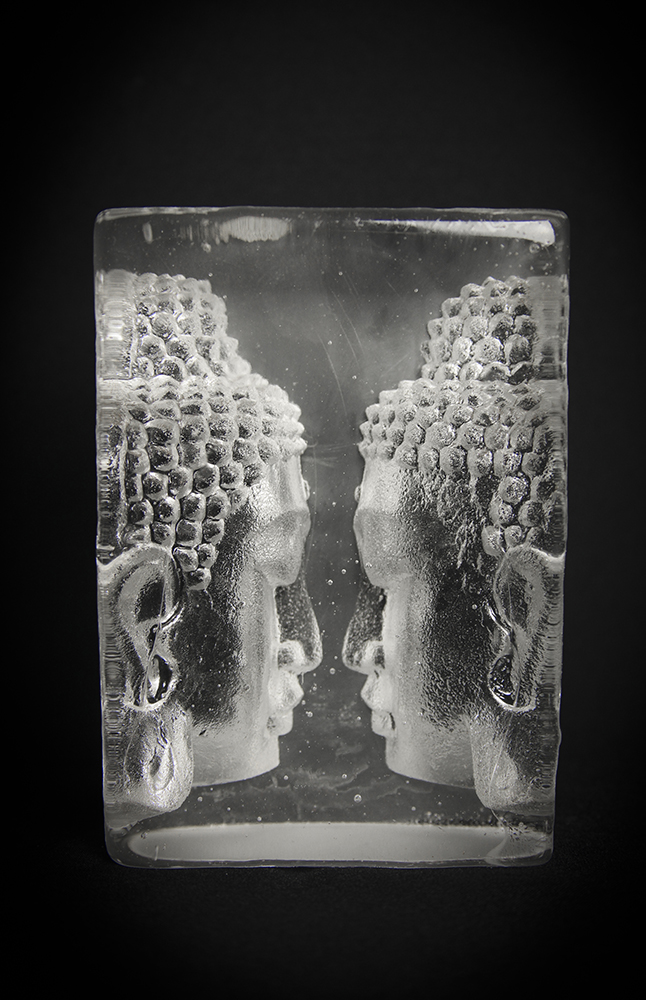 All is an illusion, and yet we have the power to create the illusion we want to create. So why not create what we want? This story also reminds me that there are many lessons to learn in life, and the idea that we need to suffer in order to learn them is another one of those illusions that we don’t need to choose. Many life lessons can be learned through pleasure, happiness, and celebration. Life is full of choices.